Diabetic Foot Disease in the Solomon Islands: A silent, under-estimated problem accountable for the loss of many limbs. 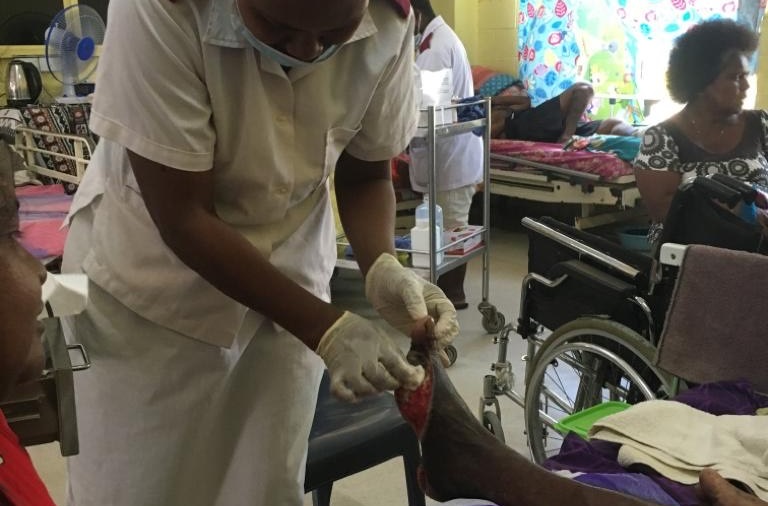 By admin | Diabetic Foot Disease in the Solomon Islands: A silent, under-estimated problem accountable for the loss of many limbs. | No Comments 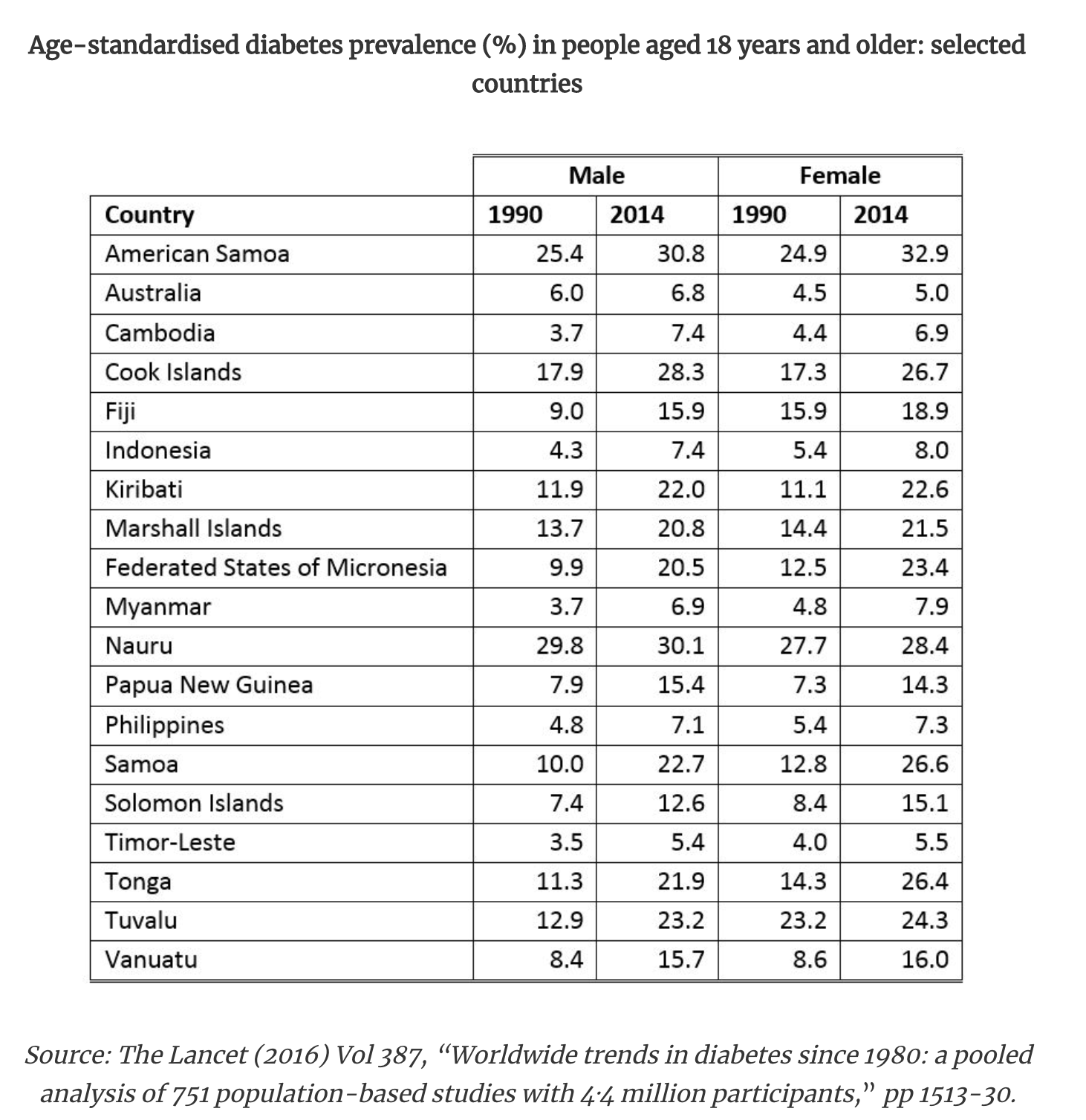 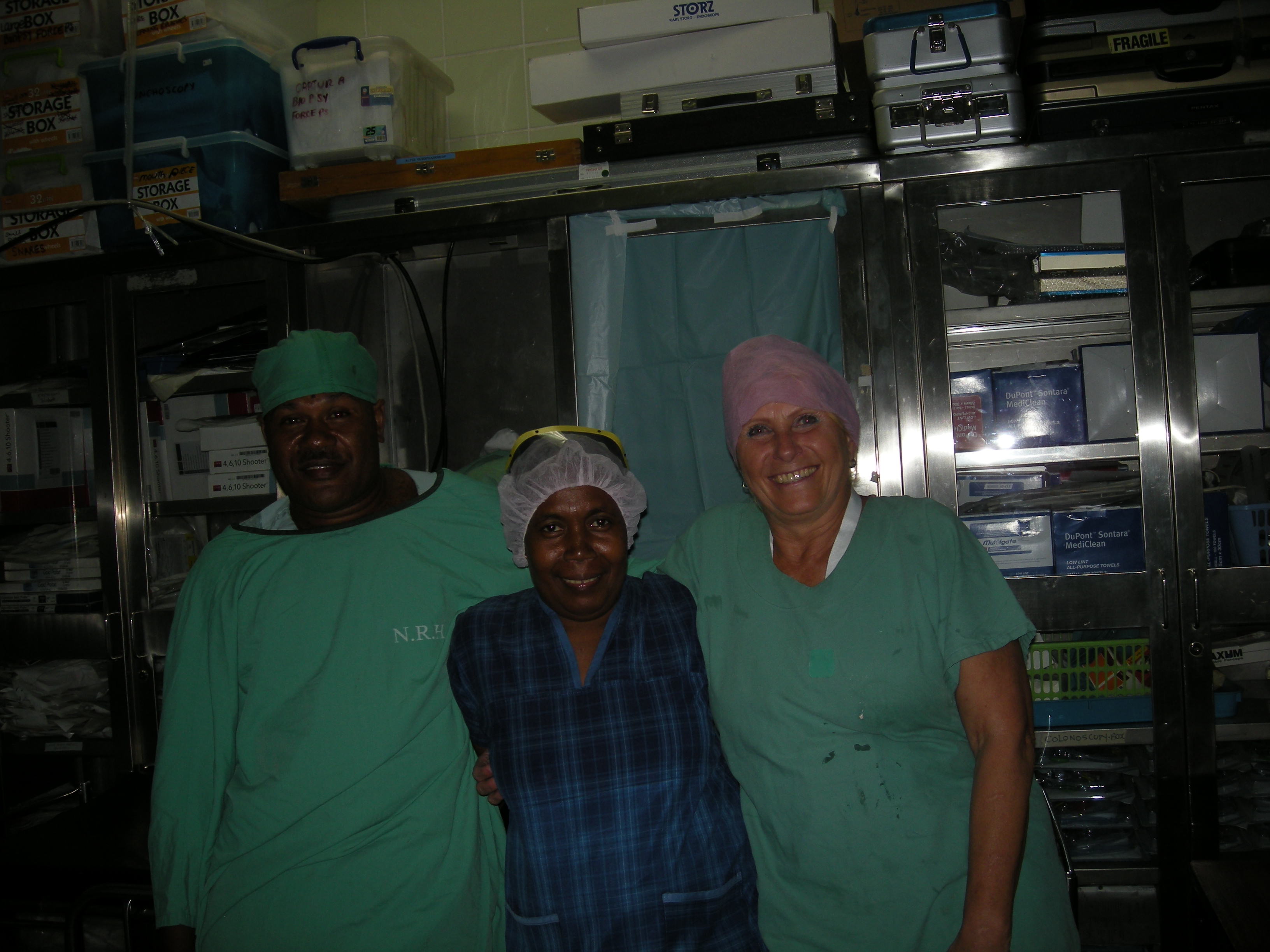 By admin | Diabetic Foot Disease in the Solomon Islands: A silent, under-estimated problem accountable for the loss of many limbs. | No Comments

This year, DAISI® was proud to welcome Petra Breiting to the group. Hailing from Switzerland Petra has more than 30 years experience as an OR Scrub Nurse and Trainer. In early 2000 Petra volunteered her time and experience training local theatre staff at the National Referral Hospital (NRH). Over the years she has worked tirelessly to source medical equipment for the Solomon Islands.

On her recent visit to Gizo Hospital she was shocked to find a lack of clean drinking water for patients and their families. Gizo hospital has running water but it is pumped from an underground aquifer. The pumped water is brackish and only able to be used for grey water systems. Drinking water must be bought or sourced from the island of Kolambangara, which is almost 20km away. Resupply trips occur weekly but it’s a costly exercise and does not meet the demands of a growing number of patients and families.

Clean water is vital to the health of all communities and essential to recovery. Petra in collaboration with others has kindly donated funds for the new water treatment unit at Gizo Hospital. The water treatment unit is manufactured by the Swiss company Trunz which manufactures and distributes solar and wind powered water purification and desalination systems as well as energy supply systems for remote locations.

The system will be installed in April and will supply up to 600 liters of clean potable water per hour. Storage tanks will also be installed to provide a back up supply. Long term there will be efforts to capture rainwater from the roof of the hospital. 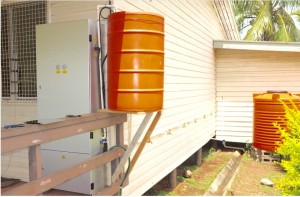 Water purification and water tanks similar to those planned for Gizo hospital in April 2016.

With easier access to water, and continued efforts to improve sanitation practices we are improving the health of the western province.

Please consider donating to DAISI®. Every dollar counts and we are very grateful for your support. Petra is just one of the many inspiring people our group supports. By donating to DAISI®, you are saving and improving lives every day.

Gareth Iremonger is an aerospace physiologist, flight lieutenant in the Royal New Zealand Air Force, and was a final year intern in Auckland when he volunteered at Gizo hospital emergency department for 3 months in 2015.  He is committed to ongoing humanitarian work with a particularly interest in medicine in the Pacific islands, and is the Vice-Chairman of DAISI.