DAISI Board of Directors

Dr Daniel Kozman is a current DAISI board member.  From 2017 – 2019 he was also the Deputy Chair of DAISI. Dr Kozman is a colorectal surgeon from St George and Bankstown Hospital in Sydney who first volunteered at Honiara and Gizo hospital in Solomon Islands July/August 2016. Dr Kozman has since done multiple trips to Kiribati. Dr Kozman is keen on teaching all aspects of colorectal and laparoscopic surgery.  Dr Kozman has also been instrumental in providing necessary surgery in Australia not available in the Solomon Islands. Dr Kozman has also been a key organiser & participant  for DAISI’s reclaiming and shipping of medical equipment to the South Pacific.  .

Dr Santhanam is a current board member.  Dr Santhanam was born in Chennai, India, and graduated from Medicine at Madras University in 1968 and migrated to Australia in 1972, trained at Royal Newcastle hospital, from June 72 till jan 1980, and was in Sydney Hospital, in 1980 and at St Marks for 6 months in 1988.  After a short hon. fellowship in Sydney hospital, Dr Santhanam started his private specialist practice in 1981, mostly colorectal and some general surgery.  Dr Santhanam worked for many years at Belmont public hospital, and now works at Lake MacQuarie Private Hospital and Mater Private Hospital in Sydney where his is involved in colorectal and robotic surgery.

Dr Santhanam visited and taught surgery as a DAISI member at a number of hospitals in the Solomon Islands, including the Methodist Helena Goldie Hospital in Munda and the government Gizo Hospital in the Western Province of the Solomon Islands. He also visited Taro hospital in the remote Choiseul province on a fact finding mission in January 2017. In 2020 Santee conducted a fact finding trip to Alotau Hospital, Milne Bay district of Papua New Guinea, establishing a working partnership and Memorandum of Understanding. 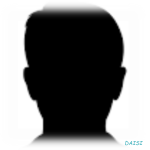 Dr Gary  McKay is the founding member of DAISI, and a current board member of DAISI.  A general & colorectal surgeon from Sydney,  Dr McKay and his wife Roshini first became involved in development aid work in India in  1993, where they worked as volunteers for several years establishing a health clinic & Vision 2000 Community Health Centre in Chennai, Tamil Nadu.  In 2015 Dr McKay and his wife Roshini and surgical registrar Dr Sepehr Lajevardi conducted their first DAISI volunteer trip to Gizo Hospital in the Western Province of the Solomon Islands, with numerous DAISI trips to the South-Pacific since.
Dr McKay is passionate about social injustice issues and part of his drive is a desire to address the imbalance in wealth that exists between Australia and its closest South-Pacific Neighbours with regard to access to health care services and basic essential resources. 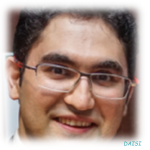 Dr Sepehr Lajevardi is a board member & co-founder of DAISI, and previous elected Treasuer (2015-2017) and Chair (2018-2019).  Dr Lajevardi has been instrumental in organising the donation of much needed medical supplies and organising funding grants for DAISI projects. Dr Lajevardi has a particular interest in plastics and hand/tendon surgery.