Doctors Assisting in South-Pacific Islands (DAISI®) consists of specialist and non specialist doctors who have spent time volunteering their services in the  South Pacific.  In 2017 membership was opened to medical students and non medical volunteers including nurses, allied health professionals, logisticians and other non-specialist volunteers.

The position of board members including Chair, Deputy-Chair, Treasurer and Secretary, are elected by DAISI® members every 2 years, with next elections due in December 2021. The CEO and Office Bearer positions are also elected by the board every 2 years.

DAISI’s aim is to provide its donors with good value for money with only a very small percentage (usually less than 10%) spent on administration.  DAISI Board Members, Office Bearers, and Members all volunteer their services receiving no salary, and pay their own way on volunteer trips to the South-Pacific. DAISI emphasises the importance of collaboration and partnerships and only sends volunteers to countries in the South-Pacific that it has a current contractual Memorandum of Understanding (MoU) with. The emphasis is always on providing services and teaching where it is most needed. DAISI takes its organisational Governance issues very seriously, being totally transparent and compliant with the Australian Council For International Development (ACFID) Code of Conduct, and reporting obligations to the Australian Charities & Not-for-profits Commission (ACNC). 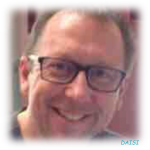 Associate Professor Matt Rickard is the current Chair of DAISI. Matt is a Colorectal Surgeon at Concord Hospital and Macquarie University Hospital. He is the immediate past chair of the Australian and New Zealand Training Board of Colorectal Surgery, previous chair of the RACS Section of Colon and Rectal Surgery and previous CSSANZ council member. Matt has had a longstanding interest in humanitarian work. He has worked in Kenya and South Africa for a number of years  He also works with PANGEA (formerly Specialists Without Borders) and, throughout the 2010’s, has been on 5 trips with Pangea to Rwanda, Malawi and Zimbabwe. He has also volunteered and operated in Cambodia and East Timor. Matt first volunteered with DAISI in the Solomon Islands, and now is actively involved in implementing laparoscopic training in Port Moresby and Papua New Guinea’s remote Highlands at Sopas Hospital.

Email Prof Christophe Berney
Prof Christophe Berney is the elected Co Deputy Chair of DAISI.   Prior to this he was the Acting Secretary in 2019.  Prof Berney is a General surgeon from Sydney with expertise in colorectal, upper GI and thyroid surgery having both public and private hospital appointments.   Prof Berney is also a Conjoint Professor with the University of NSW. Prof Berney has a keen interest in humanitarian work in developing countries and first volunteered with DAISI in Gizo (Solomon Islands) in September 2017, has returned to the Solomon Islands, Vanuatu and PNG as a DAISI volunteer on a numerous occasions. 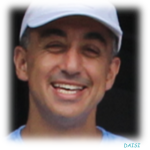 Dr Danny Kozman is the elected Co Deputy Chair of DAISI.  From 2017 – 2019 he was also the elective Deputy Chair of DAISI. Dr Kozman is a colorectal surgeon from St George and Bankstown Hospital in Sydney who first visited Honiara and Gizo hospital in July/August 2016. Dr Kozman is keen on teaching all aspects of colorectal and laparoscopic surgery.  Although Dr Kozman has a wife and young kids and a busy practice in Sydney he is committed to developing colorectal surgical services in the Solomon Islands.  Dr Kozman would also like to see an exchange program where surgical trainees can visit Australia and New Zeakand and do observational rotations in surgical units to increase their surgical exposure. 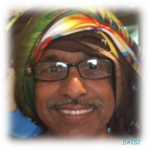 Dr Santhanam is the elected Treasurer of DAISI.  Dr Santhanam was born in Chennai, India, and graduated from Medicine at Madras University in 1968 and migrated to Australia in 1972, trained at Royal Newcastle hospital, from June 72 till jan 1980, and was in Sydney Hospital, in 1980 and at St Marks for 6 months in 1988.  After a short hon. fellowship in Sydney hospital, Dr Santhanam started his private specialist practice in 1981, mostly colorectal and some general surgery.  Dr Santhanam worked for many years at Belmont public hospital, and now works at Lake MacQuarie Private Hospital and Mater Private Hospital in Sydney where his is involved in colorectal and robotic surgery.