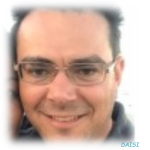 Dr Christopher Millar is a general practitioner who graduated from medical school at the University of Otago in 1998. Dr Millar is a practice partner at King Street Medical Centre in Murwillumbah, and also a VMO at Murwillumbah Hospital. He first visited Solomon Islands as a medical student to Gizo Hospital in 1996, and after graduating returned to work in a rural area in the Solomon Islands as a sole doctor for a rural population of 30 000 people in the Western Province and was also the Director of Medical Services for that Provincial Health Service.  Dr Millar is married to Nancy (see photo above) who is originally from the Namuga district . He has been the project manager for Namuga Hospital Project and the Taro Hospital Project in the Solomon Islands. In addition to his MBCHB (Bachelor of Medicine and Surgery) he has qualifications of Diploma in Child Health, FRACGP (Fellowship of Royal Australian College of General Practitioners), and postgraduate qualification in international Health and Development. Dr Millar’s medical interests include paediatrics, skin excisions , chronic disease management as well as tropical medicine. His personal interests include surfing and gardening. He is married and is the father of 4 beautiful girls and they live in the local area.  Dr Millar is committed to regular visits to the Solomon Islands with a planned return to Namuga hospital in January 2017 when it is hoped to be fully operational.