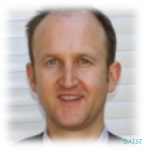 Dr Pierre Kotze is an anaesthetist, who works at Royal Women’s Hospital in Brisbane.  Dr Kotze planned to visit Gizo hospital in the Solomon Islands in January 2017  on a volunteer mission with DAISI with his wife (also a neonatologist) and young family, but on arrival was deported at Honiara and sent back to Australia for not having a current visa as he was travelling on a South African passport.  Unfortunately en route to Australia he spent some time in detention in Fiji.  However, this unfortunate experience did not dampen his resolve, with Dr Pierre Kotze  returning to volunteer with DAISI at Northern Provincial Hospital (NPH) in Vanuatu in July 2018 with his wife and kids, this time on an Australian passport!  Dr Kotze plans to volunteer in PNG Highlands at Sopas Hospital in March/April 2020.