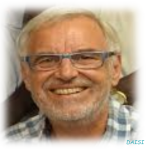 Within the College of Surgeons, he was previously a member of the Basic Surgical Training Committee, being Chair of the OSCE sub committee for some years. In 2002, he first visited Dili, East Timor, as a relieving General Surgeon. This exciting, challenging and rewarding experience led to annual return trips to East Timor and subsequently Chairmanship of P.I.P. Monitoring Committee, External Examiner to University of PNG. M.Med(Surg) exams  and membership to the Rowan Nicks & International Committees of the Royal Australasian College of Surgeons.  A/Prof Ewing recently visited the National Referral Hospital (NRH) in Honiara in May 2016 to promote multidisciplinary care of breast cancer.

Outreach medical development has become a very important component in the life of a Melbourne trained General Surgeon who still enjoys trying to play Touch football.