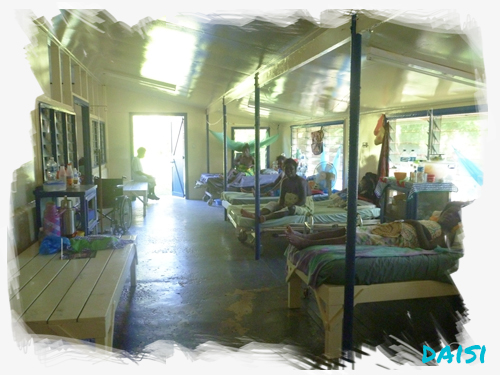 GEOGRAPHY
Helena Goldie Hospital is located at the southwestern tip (called Munda Point) of the western end of New Georgia, and the large Roviana Lagoon is just offshore.

HISTORY
Munda Point (the current location of Helena Goldie Hospital) was originally the site of a coconut plantation established by Englishman Norman Wheatley, and then owned by Australian Lesley Gill. During World War II the Japanese built an airstrip to serve as a staging point to Guadalcanal. The airstrip was discovered by American planes on 3 December, and the first airstrikes were delivered by B-17 Flying Fortress bombers on 9 December. However, The airstrip remains today and daily flights land from Honiara and Gizo. Helena Goldie hospital was established in 1903 by Methodist Missionaries, and is now owned by the United Church in Solomon Islands (UCSI). In agreement with the Western Provincial Health Services, HGH looks after 15 clinics within Zone 3 of Western Province,the area comprising of North New Georgia, Vona Vona Lagoon, Roviana Lagoon and Rendova Islands. The estimated population within the area is over 26,000.

ATTRACTIONS
Munda is right on the shore of Roviana Lagoon, a popular tourist destination for its excellent snorkling.  The Roviana lagoon is a marine protected area, teeming with beautiful fish and the occasional turtle. 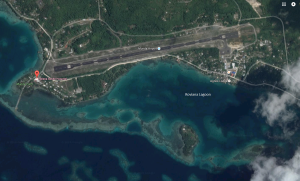 FACILITIES
Munda is a large town and consists of a number of shops, a branch of the Bank of South Pacific (BSP), a post office, a telecommunications centre, a bakery, the airstrip and a small port.

GETTING THERE
Regular direct flights from Honiara to Gizo stop off via Munda. The airport is larger than that in Gizo.

HOSPITAL FACILITIES
Helena Goldie Hospital (HGH) in Munda is 68 bed, second level care hospital, much smaller than Gizo hospital within the same province. HGH is funded by the Uniting Church. It serves a population of over 26,000 within the Western Province of Solomon Islands. It accepts elective medical students and doctors.  The operating theatre is basic, but has one functioning anaesthetic machine, but no capnography.  It has one diathermy machine, and three operating tables.  It has an image intensifier for intra-operative x-rays.   The operating theatre staff at HGH are friendly and helpful.

ACCOMMODATION
For convenience of location Agnes Gateway Hotel  (see photo below) is right in the heart of Munda on the shore of the Roviana Lagoon.  It is walking distance from the town centre, airport and hospital.  The hotel compound also contains the local bar (Munda Bar), the dive shop – Dive Munda, and the local boat-tour company (Go West Tours). 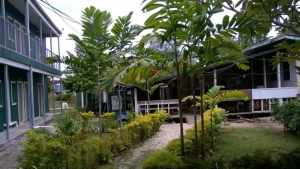