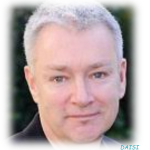 Ian Hosking-Richards is the elected Sponsorship Officer for DAISI.  Ian is a philanthropist, as wells as the founder of The Solomon Foundation, and the current Solomon Island’s Honorary Consul (Elect) for NSW.  Ian has been actively involved on many fronts improving the delivery of medical services to the Solomon Islands.   Ian has been actively involved with DAISI in the establishment of a cardiac assessment and rehab service at Gizo Hospital and National Referral Hospital.  Ian has also been actively engaged with DAISI in providing surgical services to Solomon Islands requiring treatment in Australia.