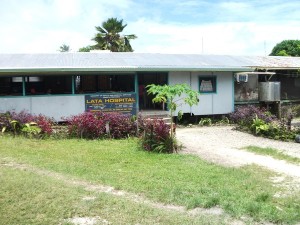 Lata hospital is located in Lata town, the capital of Temotu (also called Santa Cruz Islands) – the easternmost province of the Solomon Islands. Geographically, these islands are closer to Vanuatu than the Solomon’s capital Honiara.  Temotu consists, essentially, of two chains of islands which run parallel to each other from the northwest to the southeast. Its area is 895 square kilometres (346 square miles). As of 2007, it had 553 inhabitants. Temotu is inhabited by a mix of Melanesian and Polynesian people. Melanesians primarily occupy the major islands, while the Polynesians occupy the outlying coral islands and atolls.

Temotu offers a historical and culturally unique experience for visitors. The French La Perouse wrecks were found here and Spanish explorer Alvaro de Mendana entered the Solomon’s archipelago through Temotu, proven by sites of a Spanish village he attempted to build. The country’s most active volcano is at Tinakula, located some 40 km from Lata. Tinakula is said to have been active as far back as 1595, when Alvaro de Mendana discovered the Solomons.

ATTRACTIONS
Santa Cruz is the main island of the Province. It is densely wooded with a good network of rivers and crooks. The other islands are of moderate size and some are of volcanic origin. The Santa Cruz Group is the most remote of the major island groups of the Solomons. The islands are scattered with white sandy beaches, with good snorkelling and surfing along the south coast, and ancient Pacific Kauri trees grow at Vanikoro and Santa Cruz. There is plenty of history to be discovered in Temotu – the French La Perouse wrecks were found here, and Spanish explorer Alvaro de Mendana entered the Solomons archipelago through this province.
Tinakula Island has an active volcano; it can be visited, but has been uninhabited since its eruption in 1971. It last erupted in 2012. It is a spectacular sight when seen at night while passing by on a passenger vessel. Access to the Island can be organized from Lata or from Ngarando Islands Resort on the Reef Islands. Ancient and massive Kauri trees grow at Vanikoro and Santa Cruz and, if you’re a surfer, perfect curls can be found at Carlise Bay. 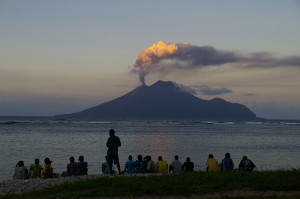 The accommodation is only available in a local rest-house, which is not really luxurious but acceptable. It costs about SBD $25.

There is a post office, telecom office and numerous stores. In spite of the high annual rainfall (about 5000mm per annum) water supply remains a constant problem. The climate is tropical, hot and sometimes extremely humid. There is a fairly good market with supplies of local vegetables and fruits as well as fresh fish. 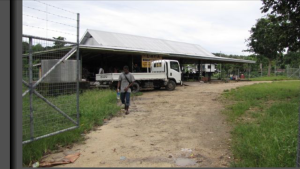 Lata Hospital is a small medical centre serving 20,000 people, providing general and tropical medical care. Most cases seen are infectious or gynaecological. It serves a dispersed population of about 20,000 people, but in reality is a small provincial centre with a few hundred people living here permanently. The hospital is very under-resourced, so please bring as many medical supplies as possible.

The hospital has about 40 beds, about 20 nurses are working here. There is a small theatre, the usual wards, a TB ward, a small dental department and a malaria section. 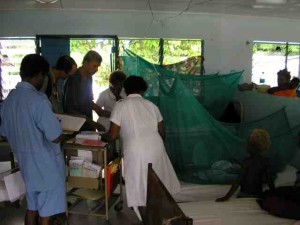 Ward round at Lata hospital

The main problems are malaria, abscesses, gynaecology related problems, asthma bronchitis, fractures and some rare cases. There are very few acute cases in the hospital as those suffering acute conditions are airlifted to National Referral Hospital (NRH) in Honiara.
Operations performed we mainly to deal with abscesses, gynae cases such as D&C (Dilatation and Curettage), and traunatic injuries. 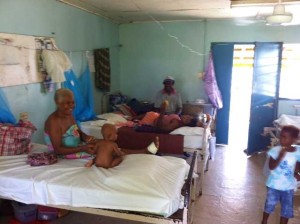 The town contains a small air strip (Santa Cruz Airport) with Flysolomons flights to Honiara twice a week. The flight from Honiara is direct and takes 1 hour 40 minutes. There is also a ship service, which is irregular and arrives usually every three weeks. The trip from Honiara takes about 48 hours. 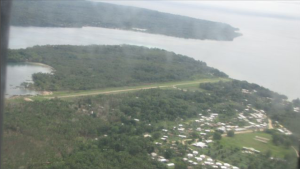 Outboard canoe travel around the island of Nendo or to the Reef Islands is possible.

Communication with Lata hospital has been difficult. Dr Peter Roy Nukuro was the doctor in charge until his passing away in 2012. The current on site doctor is Dr Noel Siope who can be contacted by email: Noel Siope (Resident Doctor) via email but emails are not always replied to. Mary Levela is the dentist and acting director, and more often returns emails: Mary Levela (Acting Director)