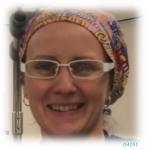 Petrina Whiley is an experienced anaesthetic nurse from Westmead Private Hospital who volunteered at NRH and Gizo hospital in February/March 2017.  Despite being a busy mother of three daughters and one son, Petrina has been an active member of DAISI.  Petrina has been instrumental in organising fund raising for DAISI with hamburger stalls and raffles at Westmead Private hospital paying for two shipping containers of medical supplies to the Solomon Islands, and a return trip to Vanuatu as part of a Gynae team visit in September 2018.  Petrina is also actively involved in the preparation of the Annual BAISI Charity Ball.