Laparoscopic skills worskshop
This was only the third DAISI trip to National Referral Hospital (NRH), and the ninth DAISI trip to Gizo.  All up, it was a one week trip from 26th June until the 2nd July 2017 and included 9 DAISI volunteers including one hepatobiliary surgeon (Dr Anubhav Mittal), a colorectal surgeon (Dr Danny Kozman), two anaesthetists, (Dr Harry Lam and Dr Adam Hill), two registrars (Dr Eamonn Sheerin and Dr Yumika Kadota) and two registered nurses (Vanessa Flores and Deima Keblikate).   The aim of the trip was to build on very basic laparoscopic skills taught two months earlier at NRH, with a particular emphasis on safe open Hasson technique for entry into the abdomen in order to achieve pneumoperitoneum.

The week was action packed with early starts and late finishes every day. The all day laparoscopic workshop at NRH was over two days (Tuesday 27th June and Wednesday 28th June) , followed by a similar two day workshop at Gizo (Thursday 29th June and Friday 30th June).

The trip was proceeded by an information night, held in Sydney on Friday 23rd June. This was well attended, and was a great opportunity to explain the purpose of the visit, as well as supply volunteers with much needed medical equipment to carry in their luggage. 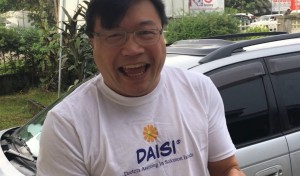 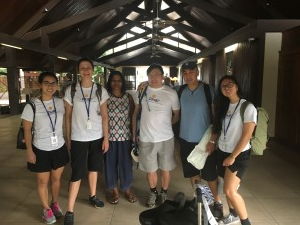 Thursday afternoon 29th June all first timer volunteers went to Fatboys resort for an afternoon of swimming and relaxation. 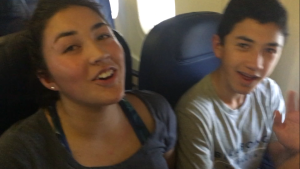 Volunteers Chiara Lam and Lucas Lam On plane to Gizo. 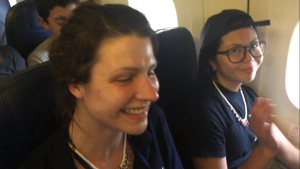