Government Hospitals in the Solomon Islands 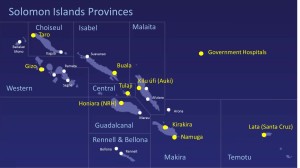