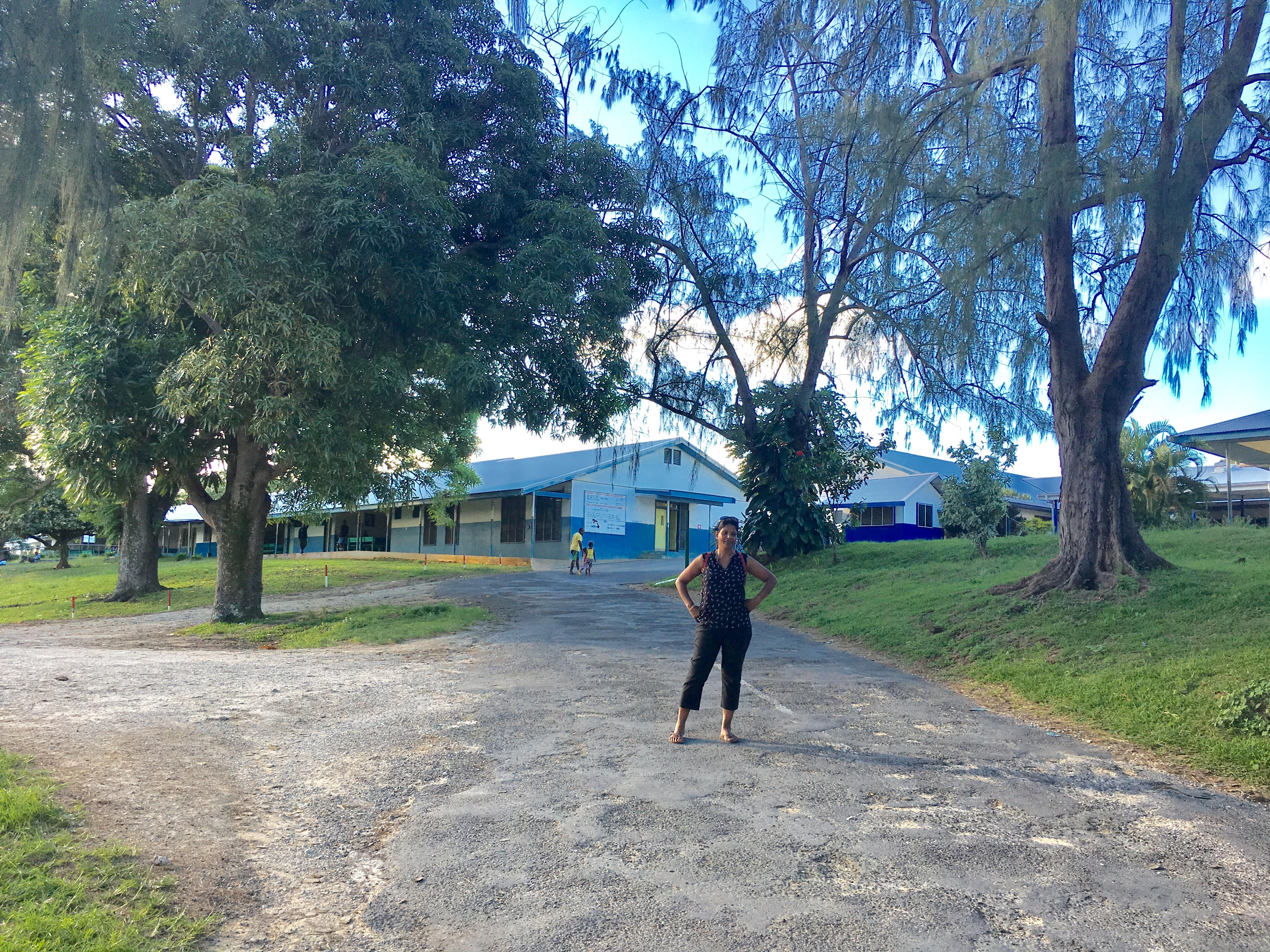 Northern Provincial Hospital (NPH) in Luganville  is the second largest hospital in Vanuatu.  It serves Vanautu’s northern islands. The hospital has just over 100 beds spread over Medicine, Surgery, Paediatrics, Obstetrics and Gynaecology and TB wards, as well as hosting Outpatients, X-Ray, laboratory and limited ultrasound facilities. There is no CT scanner. Part of the hospital has recently been rebuilt, and opened. Towards the end of 2018 NPH will have its own paediatric anaesthetist and specialist paediatrician.

The Northern Provincial Hospital is on a hill above Luganville, a relatively small town. It is to this community and those in the rural areas surrounding the town, that the hospital provides services. The hospital also serves the people living on other northern islands of Vanuatu such as the Banks islands. The hospital has a collegiate relationship with many charitable overseas organisations receiving specialist volunteer doctors and aid from overseas countries; notably Australia, New Zealand, and China.

The hospital is on Espiritu Santo, a beautiful island in the northern archipelago of Vanuatu. The island has a reputation for excellent diving and the world’s largest divable wreck, the USS Coolidge, is 800 metres off the coast and o lu 1km from NPH hospital. The hospital also hosts one of two hyperbaric chambers in Vanuatu (it is probably the better of the two facilities for diving medicine) and treats milder diving related illnesses, however, serious medical cases are evacuated to Australia and New Zealand by ProMedical, a dedicated private Antipodean medical extraction service.

Although a number of Ocean Liners offer cruises both one way and return trips to Luganville, travelling by plane is the easiest and quickest.

If pre-arranged, NPH has a number of dormitory-style and self-contained unit accommodation offered to volunteer doctors & nurses situated on site. There are also many nearby hotels in Luganville to choose from, as well as many leisurely activities to do on the week-end or after a hard days work.

All applications with supporting documents should be emailed to The Secretary for the Vanuatu Medical Health Board Ms Marageret Solomon  Email Margaret Solomon from the Health Practitioner’s Board copying in  Sangeeta Robson from the Directorate of Curative and Hospital Services  Email Sangeeta Robson.

DAISI currently has a Memorandum of Understanding (MoU) between the Health Minister Hon Mr Norris Jack Kalmet and DAISI for a coordinated approach to volunteering in Vanuatu.