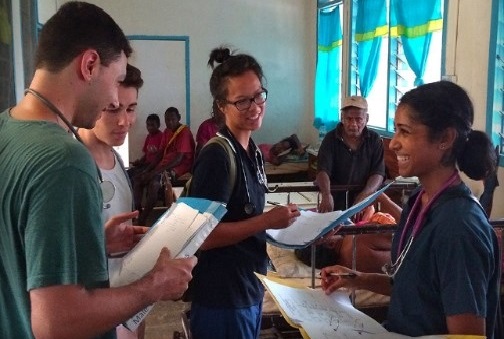 My association with the Solomon Islands begin in 2012 after I took an initial “fact finding” mission to Honiara – asking questions and meeting various people involved with SI Health.  By the end of that visit, I had the idea to create student rotations in a provincial hospital.  The Permanent Secretary of Health at that time, Dr Lester Ross, suggested Kirakira as a site for this because this was a hospital and community that often did not get much attention by medical outreach work.  I presented this idea to the Deans of Medicine at Bond University and they courageously agreed, understanding that when organising a program such as this that we should not let “the perfect” get in the way of “the good”.In January 2013 Bond had their first group of students attend a 4 week rotation at Kirakira Hospital.  These students have been accompanied by mostly clinical staff from the Gold Coast Hospitals who stay for the first one to two weeks of the rotation.  This clinical supervisor serves as both a guide for orientation, as well as a clinical and educational resource for the Kirakira Hospital staff. 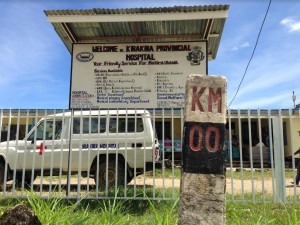 When the Australian based clinical staff departs, the student’s supervision is taken on by the local clinical staff.  Because these are final year medical students, we believe their knowledge and experience aids the workforce of the Kirakira hospital.  Feedback has been very positive.

Over 30 medical students per year have attended these rotations to Kirakira since 2013 allowing a presence in the community for most months of the year.  Bond University has also had students from their physiotherapy program, nutrition program and programs associated with the Faculty of Society and Design visit Kirakira.  Numerous health professionals from a variety of disciplines (including medical specialties) have attended as supervisors.  As of September 2016, well over 200 people have visited Kirakira in association with this program.   Relationships with the hospital and community are strong.  The Bond University – Kirakira partnership represents an example of University engagement in Global Health which can serve as a win-win for both parties involved.

Recognising that the health of Makiran’s involves much more than hospital care, and that some of the local wants/needs lie outside a University’s scope, I have established the Strong Island Foundation.  This charitable organisation builds on existing relationships in Kirakira and focuses efforts on health, education and development.     Strong Island Foundation established a nursing exchange and assisted with the local doctors continuing professional development in 2015.  You can see the website for more details (please note, we’re a work in progress): http://www.strongislandfoundation.com.au/

I am very pleased to be contributing to and hearing about work associated with DAISI.  Global Health efforts often suffer from territorialism, poor communication and duplication.  Strong Island Foundation and the association with DAISI provide an excellent opportunity for collaboration that will allow greater capacity to promote awareness, to treat, educate and train all with the intention of assisting the Solomon Islands Health System. 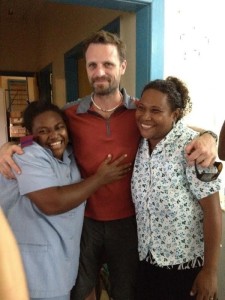