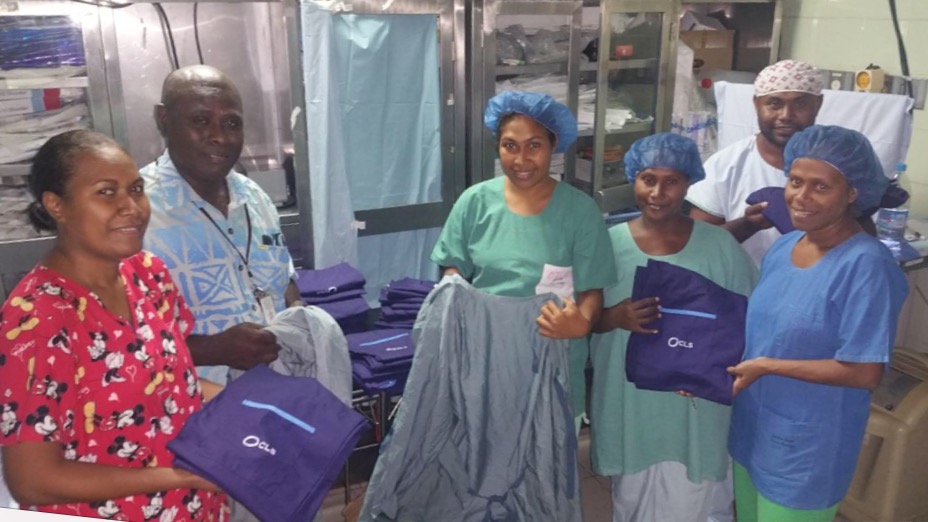 Due to lack of theatre gowns and surgical scrubs National Referral Hospital (NRH) operating theatres in the capital Honiara almost came to a complete stand-still last month, with only life or limb-threatening surgery being performed.
Thanks to Alvin Zheng from (Cabrini Linen, Melbourne), and logistics provided by Barry Barford (Berrima District Rotary), a 20 foot shipping container with 10 pallets of surgical scrubs and 250 new theatre gowns has been successfully packed and sent to Honiara (see photo below). 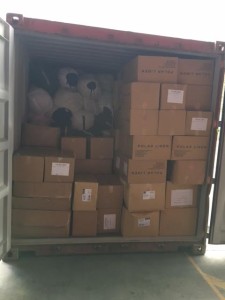 In addition to over 8 pallets of surgical scrubs, the container also included linen, overalls, warming jackets, and theatre dresses.   It is hoped that this large volume of scrubs and linen will be circulated to each of the hospitals in the Solomon Islands.

Dr Rooney Jagilly is the medical superintendent at National Referral Hospital (NRH), Honiara (above photo second from left) who made the urgent request to DAISI earlier this month for gowns & scrubs, who believes that “surgery will now be allowed to resume at full pace”. “Previously people would bring their own scrubs to hospital which was not ideal because the OR did not have enough. Now we have enough for all so that all the scrubs are managed by the hospital”.
The cost for freighting the container was paid by DAISI and made possible due to a number of generous donations to DAISI.

Make a tax-deductible Donation to DAISI today and Save a Life!