By G DJanuary 15, 2017 My Experience in Gizo as a Volunteer Medical Student 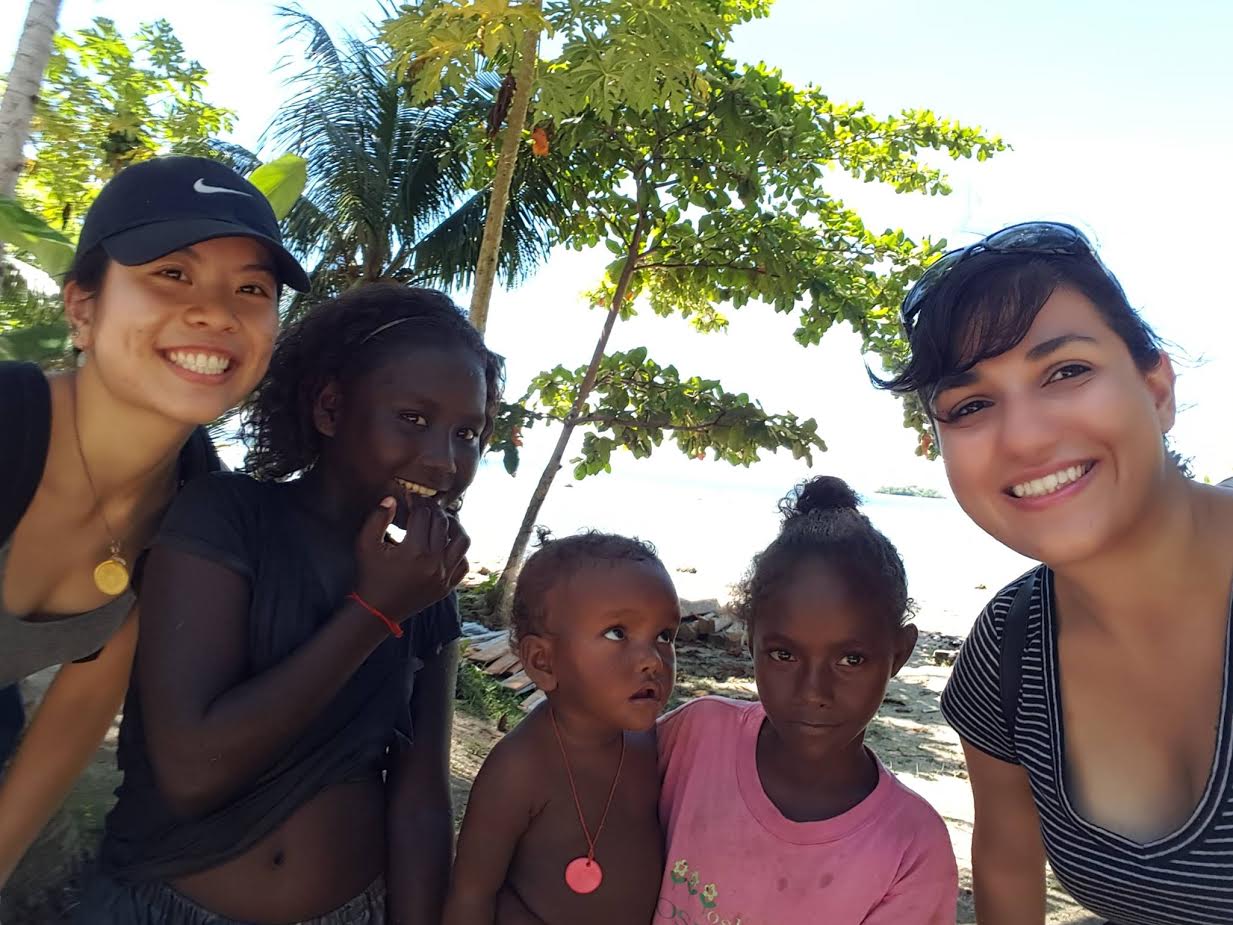 As a final year medical student at UNSW, I chose Gizo Hospital for one my recent elective placements which I’ve just returned from, as I wanted an experience that was different and separate to the medicine I was used to in Australia, and a lifestyle that was unlike what I have been exposed to. Gizo delivered on both counts. My placement was for one month, in December mostly in the ED and I lived at Rekona Lodge.  I was fortunate to share this experience with a fellow medical student Shelly Wen.

December is one of the hottest months of the year although being virtually on the equator the difference in temperature throughout the year is only one or two degrees. Living in Gizo means tolerating the heat and the humidity, the constant battle with mosquitoes.  Fortunately Gizo is surrounded by crystal clear waters, with a dip in the water, or scuba diving session a pleasant break from the incessant heat.  For a developing world the cost of processed foods is surprisingly high as it is all imported, so I had to experiment with shopping at the local market where there is a plentiful supply of cheap fruits and vegetables and local produce, many of which are local varieties that I had not seen before.

Students who choose to come to Gizo Hospital will enjoy many unique aspects to their placement, such as working independently and gaining hands-on experience in a variety of challenging situations. There are many moments that stand out for me, such as assisting with O&G surgery including an elective list of open tubal ligations, where general anaesthesia isn’t available and local anaesthesia with ketamine is the only relief the women get. The O&G registrar “Dr Jenny” manages to do through a open 3cm incision what is normally only achievable in Australia with laparoscopic surgery. I marvelled at how stoic and resilient the women were and frankly shocked at how they could sit up and walk off the operating table right after the procedure. This quality was reflected in the people of the Solomon Islands; most patients bore their pain quietly and without fuss and it was sometimes hard to gauge just how bad the situation was.  It made me feel “soft” by comparison.

The geographical distribution of the Islands also means that patients present much later with late-stage complications of common conditions that I don’t see much of in Australia eg: gangrenous diabetic foot ulcers deep and large abscesses, women of 42-44 weeks gestation, and deformed limbs due to badly healed fractured bones that were not seen in the hospital in a timely manner.

I was also surprised by the incredibly young population of Gizo and the Solomon Islands in general, with most women giving birth at a very young age and having anywhere between 3-8 children.   Suffice to say, any students choosing to do their placement in the maternity ward will definitely stay busy.  The lack of visible older people in the Solomon Islands is also a stark reminder of this country’s low life expectancy.

An experience I will never forget is taking the hospital boat for a day trip to the village of Leona on Vella La Vella island, an hour away by boat from Gizo. I was “lucky” to sit at the stern of the boat with uninterrupted views of the scenery. After this one hour trip my kidneys felt like they were in my throat with each bump of every wave felt through the frame of this thin fibreglass “pencil” boat.  I later learned if you sit at the back of the boat the ride is much smoother!  After this we spent the day in the tiny local clinic, in a hot room with a tin roof, inserting the Jadelle contraceptive implant in women, some as young as 14 and 15. The implant consists of two rods and lasts for 5 years. The consultation involved a counselling session with the local nurse who provided a thorough explanation and then the patient was brought to our room where we inserted the implant. I found this to be an important health strategy for Gizo as it was a useful step in controlling birth rates and provided women with a feasible and acceptable option of contraception due to its long-term yet reversible nature. A more permanent option implemented at Gizo hospital, is advising those women who have just delivered their 4th baby to undergo tubal ligation. Since the procedure is not done laparoscopically, the only way to do it is straight after birth whilst the uterus is still large and easily palpable. Otherwise women have to essentially wait till the next time they deliver.

Due to the limited resources in Gizo, many tests were not available and diagnosis was mostly clinical. As a student I found this a useful experience to practice and refine my OSCE skills. However, it sometimes also left me feeling unsatisfied and uncertain as to whether we had made the right call or done all we could.

My time in Gizo was fun, challenging, eye-opening, with invaluable experiences and any student who chooses to come here can expect the same!

Karishma Buhariwalla is a 6th year final medical student from the University of New South Wales, who spent December 2016 volunteering in the Solomon Islands with fellow medical student Shelly Wen.