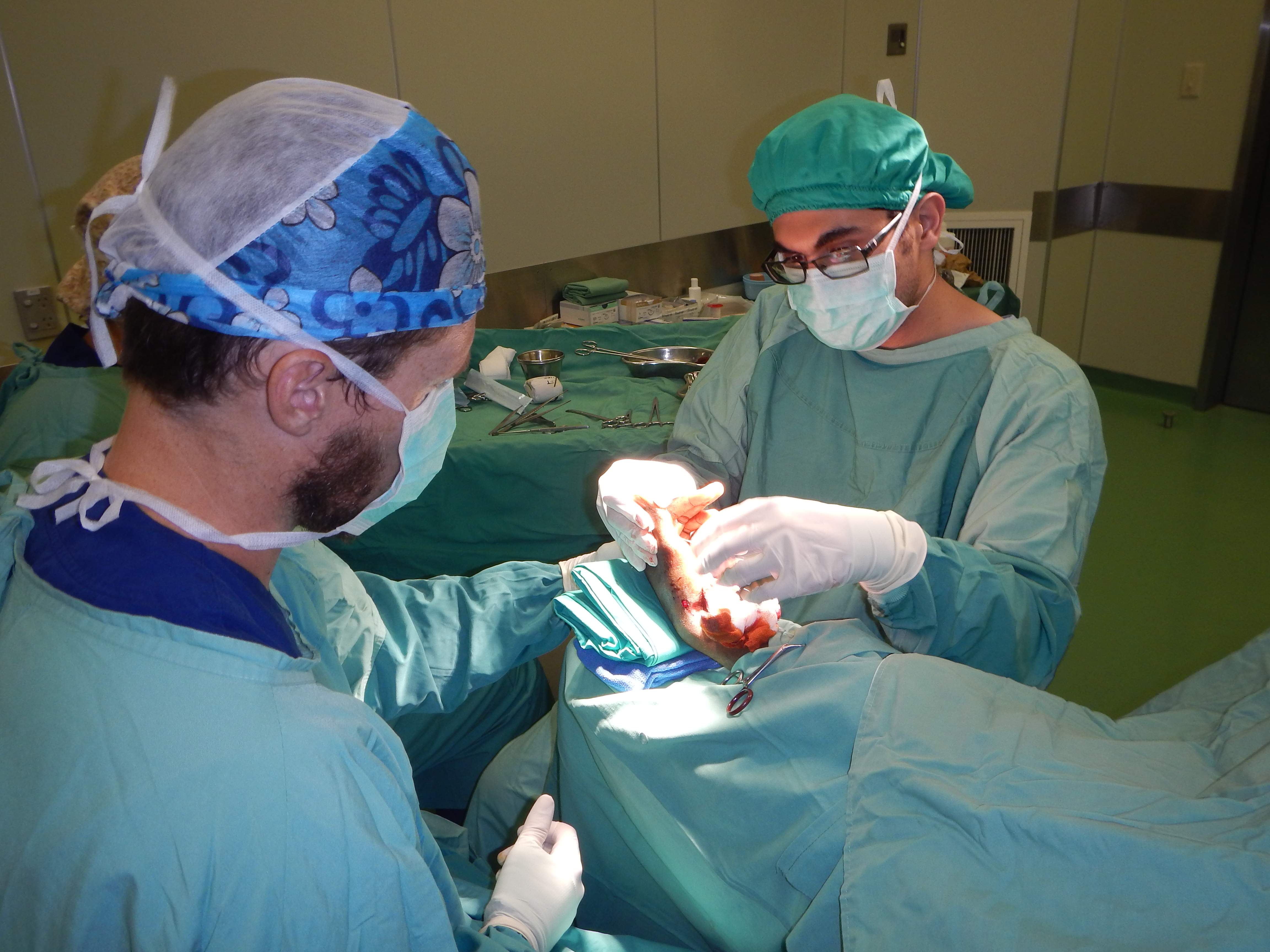 DAISI (Doctors Assisting in the Solomon Islands) is a registered Charity with the Australian Charity and Not-for-Profit Commission which endeavours to reduce disadvantage and make access to medical treatment a reality for the people of the Solomon Islands.

In Dec 2015, DAISI’s team of doctors and nurses travelled to Gizo Hospital in the Solomon Islands and took with them much needed medical supplies donated by MedEarth. These supplies were donated directly to Gizo hospital; which included consumables for the emergency department and the operating theatres such as dressings and sutures.

MedEarth’s donations were very well received by the staff at the hospital. 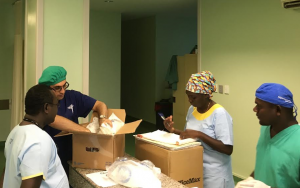 The photo to the left shows these supplies being donated to Dr Greg Jilini, the Director of Gizo Hospital, by Dr Sepehr Lajevardi. DAISI’s team of doctors and nurses were also able to use MedEarth’s donations for the patients treated during the mission to Gizo hospital.

The donations had a direct and significant impact on the lives of patients receiving treatment, and DAISI’s mission would have been incomplete without the assistance of MedEarth. One particular case of note was a 16 year old boy who sustained a laceration to his dominant thumb while cutting coconuts. This young patient had cut the main tendon to his thumb as the result of the laceration – which could have led to a life-time of disability and loss of full functionality of the hand. Using the special tendon repair sutures donated by MedEarth, Dr Lajevardi was able to repair his tendon and return function to his dominant hand.

The photo below shows Dr Sepehr Lajevardi speaking to this young patient immediately prior to surgery. 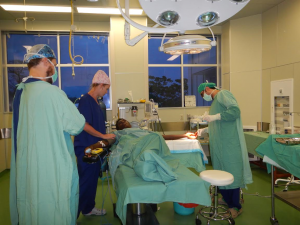 As part of its charitable endeavours, DAISI was able to raise thousands of dollars in donations including school supplies, books, clothing and toys for the children’s ward, as well as nearby villages in the island of Gizo with DAISI members distributing clothing, books and toys to children in Gizo Hospital and the Babanga Village.

DAISI and MedEarth have now established a partnership for regular shipment of medical supplies to the Solomon Islands, with each surgical mission undertaken by DAISI.

Dr Sepehr Lajevardi is a plastics advanced trainee registrar from Sir Charles Gairdner & Royal Perth Hospital. He is committed to developing world surgery and plans to return to Gizo for volunteer for a surgical rotation in July 2016.