By G DOctober 1, 2020Expired & Deregistered Medical Products Will Not Be Included In DAISI Donations 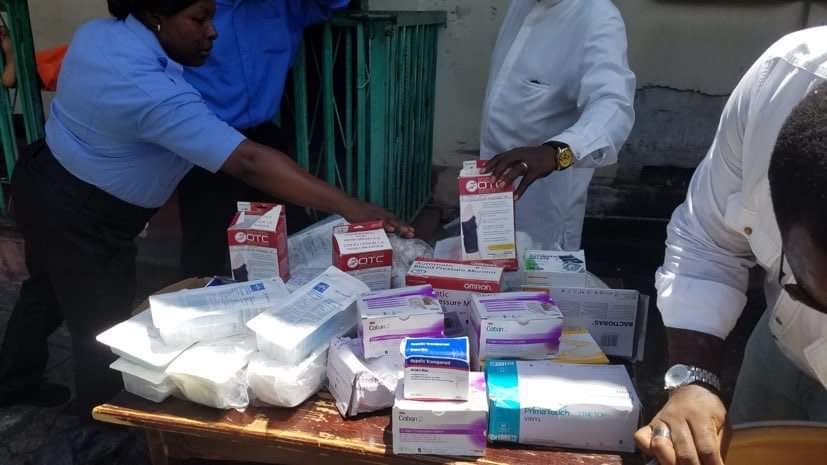 As part of its clinical governance process, Doctors Assisting In-South Pacific Islands (DAISI)’s Founder and Secretary Dr Gary McKay announced the decision as an organisation to cease shipping to the South Pacific donated medical supplies and equipment that are recently expired or deregistered with the TGA. This brings DAISI in line with current World Health Organisation (WHO), and Australian Council For International Development (ACFID) guidelines.

Initially, seeing the poor state of supplies in the South Pacific provincial countries we were volunteering in, with many products many years expired, it seemed reasonable to accept and donate recently expired medical goods and equipment. This was on the basis that the actual life of drugs is usually a year or two longer than the stated expiry date.

But DAISI has today changed this policy in order to be compliant with the World Health Organisation (WHO) guidelines, realising that there are some risks associated with donating and using expired goods. DAISI also felt, that although these WHO guidelines, are not regulations or mandatory, that DAISI should adhere to them, as they represent a consensus opinion after WHO consultation with many Charities doing developing world medicine through your the world.

DAISI’s adopting of the WHO Guidelines will mean that a lot of potentially usable medications and equipment will simply become landfill. But on the other hand, the potential harm associated with using a drug that is non effective due to its expiry, will be avoided.

This policy change has also been an opportunity for DAISI to take pause and consider its other donation policies, to ensure that DAISI is responsible in every possible way when it comes to donations. There is a false perception that “beggers cant be choosers” or that “something is better than nothing”, and this is wrong with this mentality paving the way for sloppy processes and governance. We must always ask ourselves, would it be safe or reasonable to use it in Australia or to give it to a family member. If the answer is no, then the answer should still be “no” when it comes to the South Pacific.

DAISI’s responsible donations policies now mandate that recipients are involved in the donation process, and that only equipment which is expressly asked for is donated. Just because we think it is valuable does not mean it is actually of any value to the recipient. One example of this is the recent well intentioned donation of a large number of influenza vaccines intended for Papua New Guinea, not realising that the influenza virus is a winter virus that really has very little activity in the warmer tropics.

Donated equipment must also be in full working order and tested before sending, and ideally serviced with a reasonable expected durability and functionality for a least a few years use. In the best case scenario, equipment will be donated with a service agreement, which has occurred recently with the donation by Olympus of a laparoscopic stack to Gizo hospital used for performing key hole surgery.