COVID-19: the situation so far and challenges for PNG 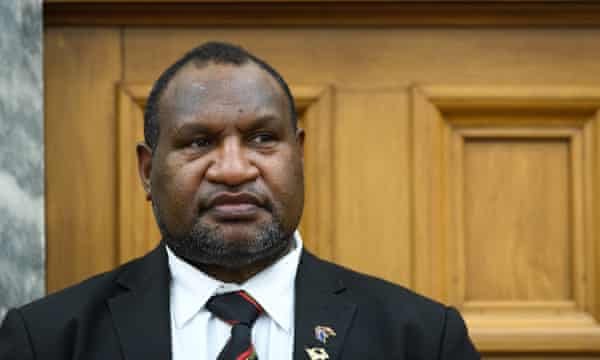 By G D | COVID-19: the situation so far and challenges for PNG | No Comments

Papua New Guinea (PNG) became the first country in the South-Pacific to declare a state of emergency (SOE) in response to COVID-19.

Section 226 of PNG’s Constitution lists an “outbreak of pestilence or infectious disease” as grounds for declaring a national emergency. With more than 470,000 confirmed cases and over 20,000 deaths worldwide at the time of publication, the first recorded case in PNG on 13 March 2020 was sufficient reason for the National Executive Council (NEC) to declare an SOE. Among other things, the SOE gives the government the power to control the movement of people, vehicles, and goods; maintain and regulate transport; and regulate or prohibit use of public roads.

The emergency lockdown, which prevents the movement of people between provinces and puts restrictions on international flights, will only last for 14 days, subject to an extension of another 14 days. All schools and universities have shut for two weeks starting on 23 March. Non-essential services are shut, including most government departments, the courts and small businesses. The only exceptions are essential services such as banks, hospitals and shopping malls.

This blog gives a summary of the statistics, the situation in PNG leading up to the SOE and some of the challenges PNG faces.

According to the National Health Department’s Situation Report issued on 13 March – the latest publicly available data – 25,262 people entering PNG have been screened since January. Almost 3,000 have been identified as ‘persons of interest’, of which 2,230 are being actively monitored and 697 have completed the 14-day follow-up period.

A rapid response team comprised of medical professionals has investigated 16 people. Of those investigated, 14 samples were collected, with 10 testing negative for coronavirus while four samples are pending results. The other two did not meet the case definition for coronavirus and were not tested. Sixteen other individuals who were in direct contact with the first positive case are currently being quarantined.

The SOE comes after the first confirmed case of COVID-19 was reported in Bulolo District in Lae, Morobe Province. On 13 March, a 45-year-old Australian man employed by Harmony Gold Mine in Bulolo returned from a trip to Spain, one of the hardest hit European countries for coronavirus. He did not show COVID-19 symptoms of coughing, flu or fever at the Jacksons International Airport, where a basic test for temperature and a self-administered travel history and health form was all that was required to enter PNG. But 24 hours after transiting to his workplace in Bulolo, he began to show signs of flu and a slight fever and was immediately isolated.

Swabs were taken and sent to the Medical Research Institute in Goroka for testing. Three announcements followed. First the Health Minister Jelta Wong declared a probable case, and Prime Minister James Marape followed up by declaring the result as negative. Further tests were conducted and the prime minister confirmed the positiveresult for COVID-19. Police Minister Bryan Kramer then stated on Facebook that the inconsistent results were due to faulty test equipment, and that requests had been made for further testing to be conducted in Melbourne.

While the government responded to the confirmed case by immediately declaring an SOE and 14-day lockdown, the varying test results and inability to detect the virus at Jacksons International Airport has led to widespread criticism on social media. It has also shone a light on the key challenges PNG faces in relation to the pandemic.

First, there is no way of knowing whether there are other positive cases of COVID-19 in PNG. When the World Health Organization (WHO) declared COVID-19 as a global public health emergency on 30 January, PNG relied on screening done at airports in Singapore, Hong Kong and Australia to determine whether passengers could enter PNG. The government is now calling for anyone who has entered PNG since 7 March to come forward for testing. This includes those who travelled with the man who tested positive in Bulolo, who had himself travelled from Singapore to Port Moresby before transiting to Lae. Even the Chief Medical Officer for the emergency committee set up under the SOE, Sam Yockopau, has suggested that COVID-19 may have entered PNG since December 2019 but only presented as the common cold or flu.

Second, is poor health infrastructure. The initial swabs were flown to the Medical Research Institute in Goroka, which has the test equipment. However, there are no isolation facilities for anyone testing positive. Initially an isolation ward was delegated at the Port Moresby General Hospital, but the Nurses Association protested, arguing the lives of more than 1,000 patients would be at risk if coronavirus was brought into the ward. Things may improve when 10,000 AusAID donated COVID-19 test kits, which are awaiting clearance, are released for distribution around the country. The UN is also setting up 30 temporary isolation wards.

Third, managing the PNG–Indonesian border. Indonesia has the highest death ratefrom coronavirus in the world at 9.3%. The 820 kilometre border with Indonesia has long been a challenge for understaffed and ill-equipped immigration officials and the PNG Defence Force. It will be a massive task to immediately lockdown the movement of traditional border crossers – people living within the vicinity of either side of the border.

Fourth, there is the challenge of funding. PNG has been struggling with high debt and low revenue over the past few years. The government has requested an aggregate K860 million (US$252 million) from the IMF, ADB and World Bank to fight COVID-19. The World Bank component (US$20 million or K68.2 million) will be spent on priorities identified by WHO and PNG’s National Department of Health in its National Emergency Response Plan. These priority areas include: modular isolation facilities for priority provinces; laboratory equipment and supplies to expand testing facilities, including financing for specimen transport; training and technical assistance for infection prevention and control, and rapid response in priority provinces; and risk communications. The funding from the ADB (US$50 million or K170.5 million) and IMF (US$182 million or K620.7 million) will be used to fund priorities identified in the National Emergency Response Plan.

The PNG government has not handled the initial case of coronavirus well, but subsequent quick action has been impressive. The declared SOE was the best decision for PNG given the dire state of the health system and lack of access to health facilities outside of urban centres. Most PNG provinces are isolated due to lack of road networks, so if the air and sea travel restrictions are effectively implemented, it will reduce the spread of the virus if other positive cases are detected. However, if it does spread, it will be very difficult to bring under control. The success of the SOE will also depend on how the funds are managed. After the last SOE declared in 2018 in Southern Highlands following the devastating earthquake there, K450 million(US$132 million) was allocated for disaster relief. Even then, there were complaints of lack of funding affecting disaster response. Diligent management and timely allocation of the funds is important for fighting COVID-19.

Author Michael Kabuni is a Teaching Fellow in Political Science at the University of Papua New Guinea.