Laparoscopic Surgery in the Solomon Islands 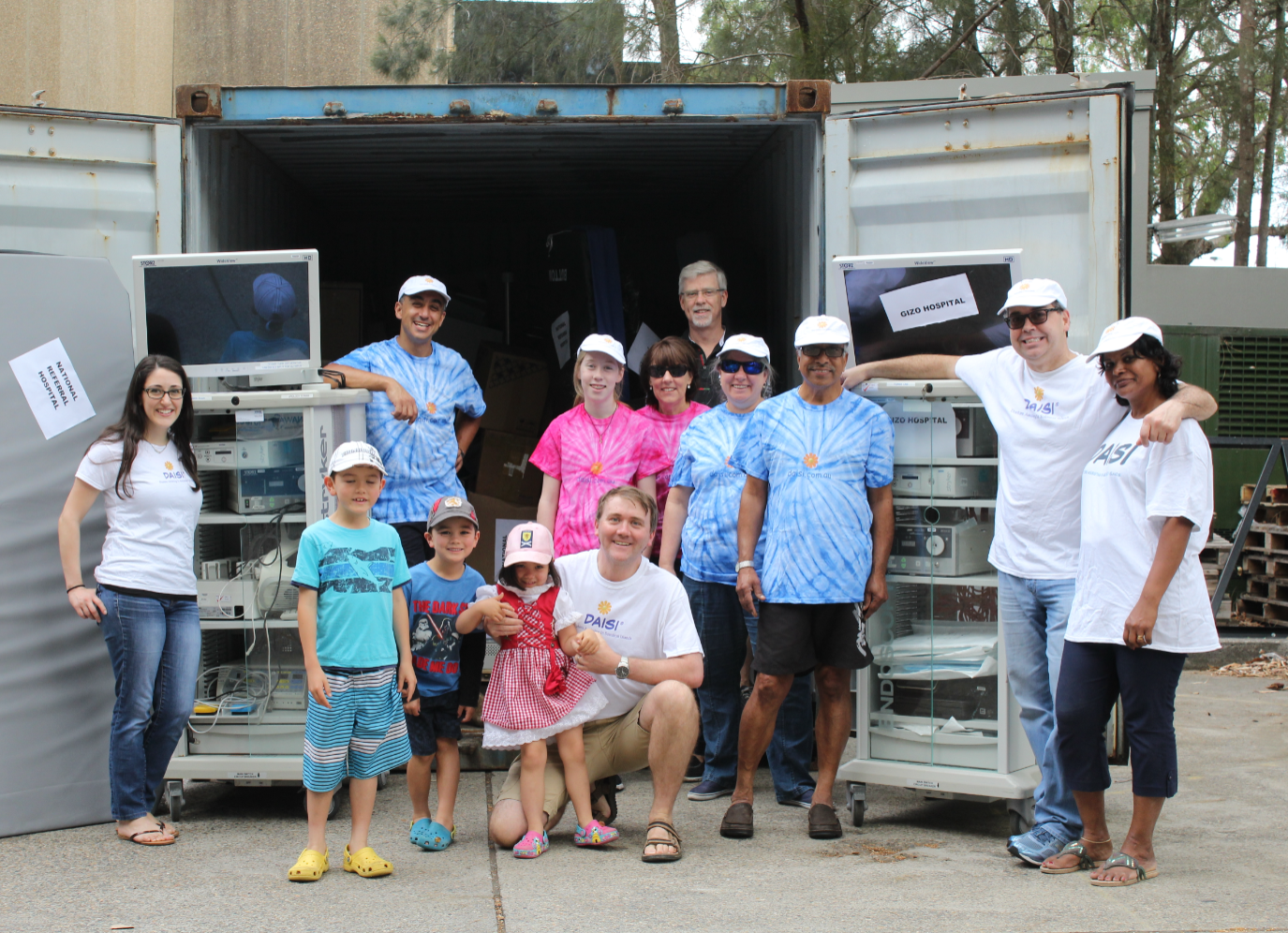 By G D | Laparoscopic Surgery in the Solomon Islands | No Comments

Thanks to the help of a handful of volunteers, DAISI was able to load and send today a shipping container full of much needed medical and surgical supplies to the Solomon Islands.  Most importantly laparoscopic equipment donated by Olympus, Hurstville Private and Westmead Private Hospital.  This will arrive in time for the next planned surgical visit in January/February next year, where the emphasis will be on teaching safe laparoscopic procedures.

In Australia, the first laparoscopic surgery began in the mid 1980s, however until now, the only laparoscopic equipment in the Solomon Islands consisted of a single laparoscopic stack at Gizo hospital donated to the hospital in April 2013 by visiting surgeons Dr Neil Meulman and Dr Fred Boseto from Bathurst hospital.  This was utilised very well for over 3 years, but unfortunately was unable to be used on the most recent visit after the old Gizo hospital burnt down (which housed the pharmacy supplies), due to lack of carbon dioxide.  On the most recent gynaecological visit to Gizo, laparoscopic surgery could not be performed because the CO2 insufflator was not working.

But thanks to the generosity of Olympus, and Hurstville private hospital, three laparoscopic stacks containing insuflator, fibroptic cabling luminator, and monitor, as well as laparoscopic cameras  are now on their way to the Solomon Islands in time for a planned laparoscopic workshop in January/February next year.   Westmead private hospital have also donated laparoscopic trochars (both disposable and re-usable), and laparosopic graspers, staplers and accessories.

This will now allow for minimally invasive surgery to be performed for diagnostic laparoscopy, and removal of gallbladder avoiding the need for an open laparotomy incision.