Prevention of Oral Cancer in the Solomons 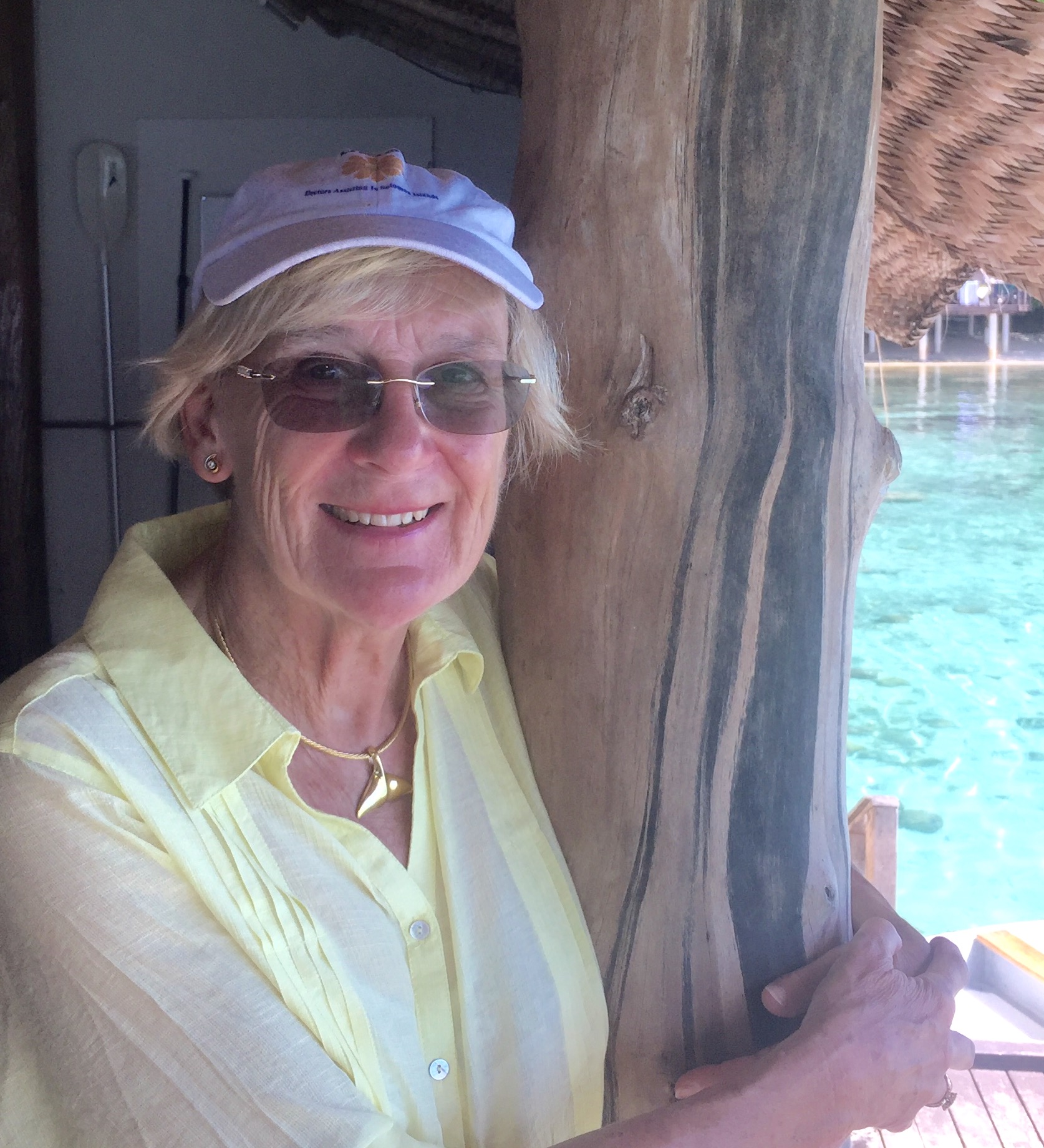 Australian Oral Maxillofacial Surgeon Dr Ann Collins recently returned from a surgical visit to Honiara and Gizo hospital along with an upper gastrointestinal  and colorectal surgeon.  Their mission was to operate on any condition arising in the digestive tract requiring surgery. “It really was a case between the three of us of having the entire digestive tract covered”.   Oral & GIT cancer appears to be on the rise in the Solomon islands, and one factor may be the increased exposure to certain known carcinogens.

Dr Collins was particularly struck by the amount of alcohol, tobacco and betel nut use in the Solomon Islands.  Betel nut is a mild stimulant and commonly available in the Solomons with street side stalls selling betel nut as far as the eye can see. Chewing betel nut is also a social pastime as a means to extend friendship, and can be found in many, if not most, large gatherings.  It stains the teeth red, and the roads in the Solomon Islands are peppered with red spit splats, the product of excess salivation caused by chewing the mix of betel nut, betel leaf, lime powder made from coral.  The mix is tucked between the gums and cheek, keeping its irritating carcinogenic contents in contact with the buccal mucosa. 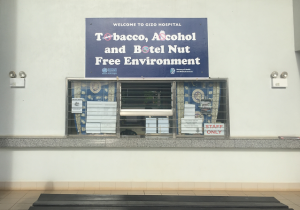 In fact betel nut use is so common, and the staining from spit so destructive and unsightly that the Solomon’s Ministry for Health has campaigned heavily to highlight to the community the devastating health and social impact of betel nut chewing.  Prominent signs now read “No Alcohol, No Tobacco & No Betel Nut” at the main entrance to most hospitals and public venues.

Oral cancer is one of the most common cancers in the Solomon Islands. Dr Collins adds that “betel nut chewing combined with tobacco use have a synergistic effect and are the leading cause of oral mouth cancer”.  Whilst tobacco use is mostly seen amongst men, women chew betel nut in a higher proportion than tobacco use, making them also at risk of oral cancer.  The vast majority (83%) of patients with oral buccal cancers in the Solomon Islands chew betel nut, compared with a minority of buccal cancers  (17%) who do not.  The buccal mucosa is the most affected by cancer, as this is where the betel nut tends to sit and carcinogens pool.  Those who don’t smoke or drink or consume betel nut, such as many Seventh Day Adventist communities, have negligible rates of oral cancer highlighting the importance of these agents as carcinogens, and the role of preventative measures.   Other possible risk factors for oral and pharyngeal cancer also include Human Papilloma virus (HPV), particularly serotypes 16,18, 6 and 11.  This virus also increases the risk of anal and cervical cancer and  is sexually transmitted and quite common in some areas of the Solomon Islands.  Although routine vaccination against the Human Papilloma Virus (HPV) serotypes 16, 18, 6 and 11 is now routinely given in Australia free of cost to high school boys and girls, this is not the case in the Solomons where the vaccine is unobtainable or unaffordable.

“My main focus as an OMF surgeon has been diagnosing oral cancer and ensuring appropriate multi-disciplinary management. This requires major lengthy surgery with reconstruction and sometimes a team of specialist surgeons and specialists in medical and radiation ongcology.  The individual cost for such surgery is quite high.  However much more effective would be education and preventative health strategies aimed at reducing the exposure of people to these known carcinogens to prevent cancer in the first place”.  The Ministry for Health has done a lot already to address this, but there is still much more than can be done with public education at the grass roots level.  Dr Collins plans to return to National Referral Hospital, Honiara, in the future to facilitate the teaching of oral maxillo-facial techniques to local surgeons and hopes that ongoing preventative strategies will reduce the need for such surgery in the future.

Erin Bertolin is a pharmacist from Sanofi in Sydney who accompanied Dr Ann Collins to Honiara and Gizo hospital in July/August 2016 as part of the volunteer team.  Erin is an advocate on primary preventative medicine, and vaccination, and would like to continue to support strategies to reduce the incidence of oral cancer in the Solomon Islands.