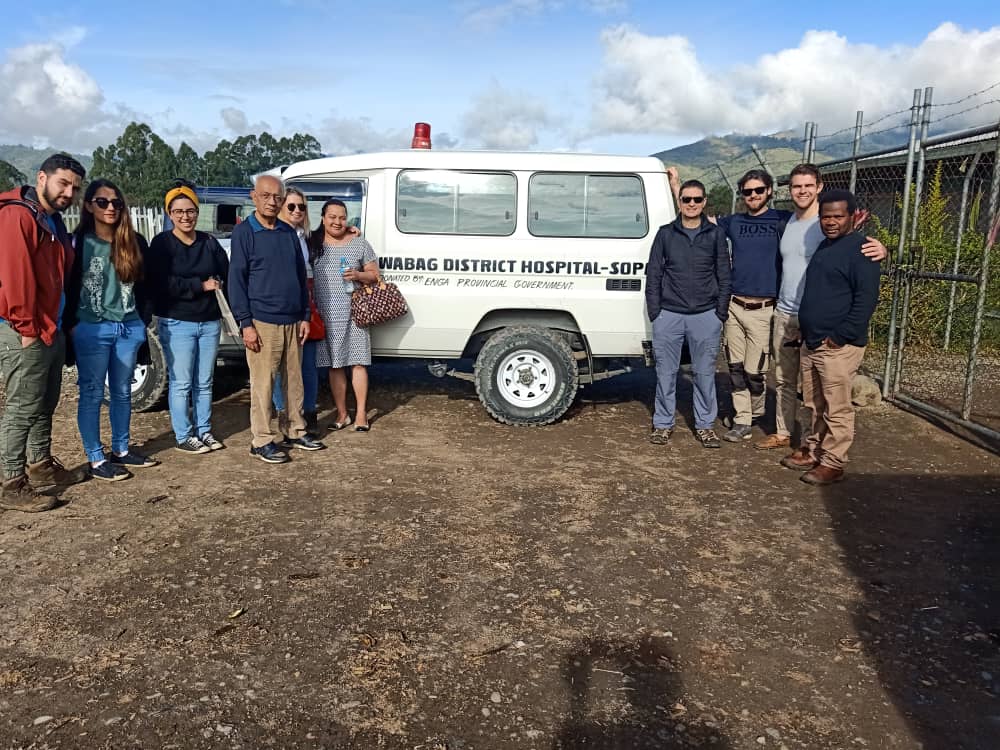 By G D | Striving For Better Health Services | No Comments

Apart from Enga provincial government’s (EPG) successful education policy, it has now shifted policy towards health service to provide the best for its people. A state-of-art modern hospital with 300 patients’ beds designed by a US hospital expert designer is already under construction at Aipus in Wabag and administration is preparing in advance with up skills training. In preparation for the new hospital, international specialist doctors and country’s top doctors have visited the province’s hospitalsfacilities and the medical officers working in the province to prepare them. Doctors Assisting in the South Pacific Islands (DAISI) based in Australia have visited Sopas and Wabag hospitals last week on a three year agreement term with EPG and Enga provincialhealth authority (EPHA).

After DAISI, the director of the surgical training at the University of Papua New Guinea, professor Ikau Kevau and Dr Benjamin Thomas, a neuro surgeon at the Port Moresby General
Hospital also visited the province. The arrangement was made through medical supernatant, Dr Elvis Japhleth head surgeon at Sopas Hospital who is coordinating the DAISI program.
The two gentlemen were given a tour of the new hospital site by EPHA cheif execitive officer, Aaron Luai and Dr Japhleth. They also visited Sopas and Wabag hospitals and met with the Enga surgical team to develop surgical development and training programs. The team will do a final tour and presentation at Wabag General Hospital today before returning to Port Moresby.
Mr Luai said it was a privilege to have international doctors of DAISI team and head of surgical in the country, to establish partnership in the early stages and to up skill the local doctors in the province. He said this was also good for advance preparation for the new hospital and to further
discuss spossible training setting and medical research centre. Prof Kevau said Enga has top doctors in the country with one of them being Dr Thomas, a neuro surgeon.
He said Dr Thomas is one of them who has already made a surgical structure that can help set up surgical team in the speciality areas. Prof Kevau said he is happy to assist in whatever training in the field of surgical that Enga Province could take.

The new hospital will be a level 5 referral hospital that will deliver clinical service of general medicine, psychiatry, gynaecology, ENT/Head and neck surgery, ophthalmology, oral health
including surgery, anaesthetics, pathology, radiology and sexual health services. The hospital will also train doctors and nurses with the expert doctors from aboard and within the country and will be a ‘medical hub’ for the region.

Ale Asa is a journalist for the Papua New Guinea daily newspaper “Post Courier” with this article appearing page 3 of the Post Courier, Monday 17th June 2019.