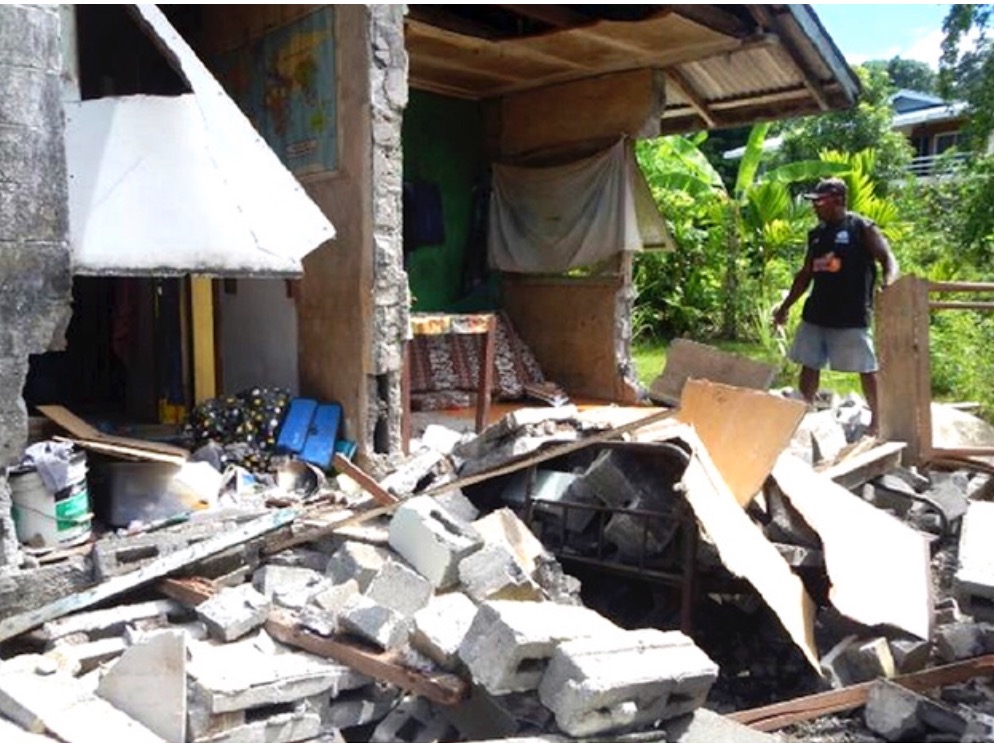 A 7.8 magnitude earthquake struck 70 kilometres off shore in the Solomon Islands overnight. The earthquake’s epicentre was 48 kilometres deep and nearest to the Makira-Ulawa Province, in the country’s southeast. The quake was initially recorded as magnitude 8.0 by the United States Geological Survey but was downgraded to a 7.8 on the Richter Scale.
At least 9 aftershocks of magnitude ranging 5.1 to 6.5 were recorded to rock Kirakira, capital of the province, at approximately 20-minute intervals following the primary event. The province, which is home to over 40,000 people, recorded damage to homes, businesses and infrastructure all across the island. No casualties have been confirmed. Honiara, the country’s capital just 200 km away experience total blackout of electricity and phone reception. Although tsunami sirens sounded through the night, there was no major damage and panic did not overtake the city. Aid efforts are suffering the result of damage to telecommunications.

Solomon Islands sits on the so-called Ring of Fire or Circum-Pacific Belt, a a basin of 40,000 km over which 90% of the world’s earthquakes occur and 75% of the world’s volcanoes lie. The frequent earthquakes often trigger tsunami warnings as the destructive events force waves to propagate across the pacific ocean striking neighbours such as Australia, New Zealand, Vanuatu, Fiji and even reaching as far as Japan, USA and Canada. Fortunately, this earthquake’s tsunami warnings were called off approximately 15-hours after the event.
Although not expected to be a serious setback to the country’s primary economic driver, agriculture, there are possible implications for supportive sectors such as tourism and energy production. Any major damage to infrastructure slows or halts production in these sectors.
DAISI has already packed a shipping container today to help with health services in the Solomon Islands following this disaster. It also hopes to help build lasting infrastructure and to fortify against future disasters in this susceptible region of the world. It will continue to provide medical and further aid as part of its ongoing mission to empower and collaborate.